Church Santa Maria della Concezione is situated at the bottom of via Veneto just off Piazza Barberini. Pope Urban VIII commissioned it in 1626. It was designed by Antonio Casoni and built between 1626 and 1631. 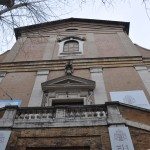 The real highlight of this trip is the crypt, which holds Rome’s most grim sight 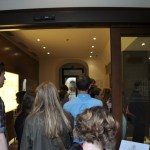 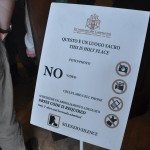 It is strictly forbidden to take pictures inside the church

Church Santa Maria della Concezione shows the simple life of the Capuchin monks. The church itself is small and quaint. The Mass Chapel is used for the celebration. On the left side on the wall there is a display of the preserved heart of Maria Felice Peretti. She is a grandniece of Pope Sixtus V, who was very devoted to the Capuchins. It houses magnificent artwork by artists like Guido Reni, Andrea Sacchi and Caravaggio. The painting by Guido Reni depicts St Michael the Archangel crushing Lucifer is one of favorite here. My other favorite painting I found particularly captivating was St Francis in prayer by Caravaggio.

The real highlight of this trip is the crypt, which holds Rome's most grim sight. The underground crypt, found below the mass church is divided into five chapels.

All five rooms are decorated with the skeletons of over 4,000 Capuchin Monks. They died between 1528 & 1870 and reside here. The soil in the crypt was brought from Jerusalem 400 years ago. Surrounded by religious symbols, the bones are meticulously dismantled and arranged in ornate patterns. A very interesting plaque hangs in one of the chapels. It reads in three different languages, “What you are now, we once were; what we are now, you shall be”.

Part of the exhibit provides a lot of history and a display of robes, shoes and bibles of some of the monks. What I found interesting is the complete skeletons dressed as friars standing in each of the five chapels. They appeared to have skulls retaining some withered skin. The Capuchin crypt also known as the "Bone Church" is definitely an attraction in Rome that is worth seeing.

The church contains a museum and a crypt and costs 6 euros. This gets you entry to both the museum and the crypt. It takes about half hour to go around and see everything. No photographs or videos are allowed and you must cover your shoulders and knees before entry is allowed.

Church Santa Maria della Concezione is on Via Veneto, 300 meters near Piazza Barberini. If you walk uphill to the top of Via Veneto, you are closer to the Roman walls, Villa Borghese park, Galleria Borghese and Bioparco di Roma (Zoo).

Via Veneto-American Embassy in Via Veneto, 119a which is pretty much in the middle

You’ll find some restaurants and cafe’s around Piazza Barberini

In the ancient times, as the military grew and got stronger the Roman Walls became unwarranted

Kids having fun at the park

Rent a bike sign in Villa Borghese Park in Rome

Behind Galleria Borghese there is a fountain and a garden

Next to Galleria Borghese is a fenced garden with lemon trees 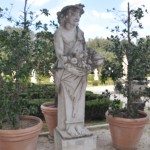 The statue of Priapo. The original one is in New York 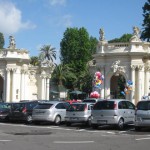 If you continue walking through the Villa Borghese park, you'll reach the Pincio and Piazza del Popolo with it's nearby attractions.

Looking down from Pincio Hill to Piazza del Popolo 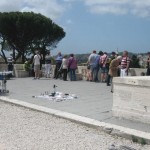 Tourist taking pictures of Piazza del Popolo from the top

On the bottom part of Via Veneto you are closer to: Triton Fountain which is also on Piazza Barberini. Barberini Palace is only around the corner from Piazza Barberini. If you walk down Via del Tritone and then make a left where you see the signs, you'll hit Trevi fountain in around 10 minutes by walking. The Spanish steps are close as well.

Triton Fountain is located in the Piazza Barberini. It is near the entrance to the Palazzo Barberini that now houses the National Gallery of Ancient Art

The Bernini’s family coat of arms with its three bees can be seen everywhere in the palace.

Souvenir stand next to the Trevi fountain

The steps are abuzz with people talking, sitting and take some photos

Spanish steps are one of the most famous attractions in Rome