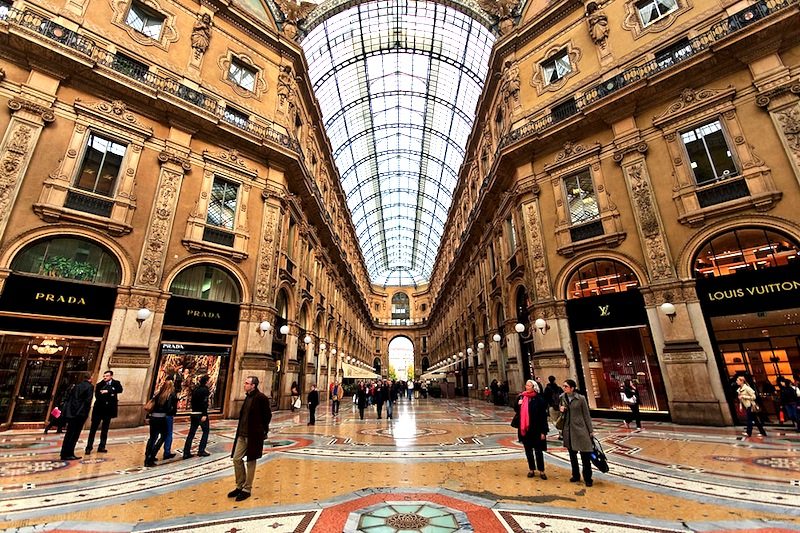 A Fabulous Place to Shop!

Milan is one of the most fabulous cities in the world. Everything about it is breathing with elegance and class. One of the places you need to check while in there is the Galleria Vittorio Emanuele II. This shopping arcade is one of the oldest shopping malls in the world. It is impressive both in size and architecture. Mosaic and statues with patriotic theme adorn this magnificent four story structure.

It is named after the first king of Italy after unification, King Victor Emmanuel II. It was designed by architect Giuseppe Mengoni. Mangoni, a renowned architect also designed the Palazzo di Residenza of Bologna Saving Bank. He was also involved with some of the Italian town halls and designed plans for the main market in Florence. Sadly, Mengoni had fallen to his death on the very last day of its construction. They say he fell off the top of the arch, which was the last piece to be completed.

The roof of the galleria forms a cross that can be seen from the cathedral’s roof, measuring 196 x 105 meters (643 x 346 feet) long. Since it opened for the public in 1867, it has been the favorite meeting place of the Milanese. This is why this shopping arcade is fondly called “Il Salotto di Milano” or the living room of Milan.

The Triumphal Arch serves as the entrance to the arcade, which is already an impressive structure by itself. As you enter the building, you will notice that the walkways are covered with metal and glass roof. A glass dome, which is thirty-six methods wide, covers the central piazza.

The ceiling vaults are decorated with mosaics representing Africa, Asia, Europe and America. In the middle of the galleria, there is a large octagon on the floor with four different, amazing mosaics. They are depicting the coat of arms of Milan, Florence, Rome and Turin. The capitals of the kingdom of Italy, in various historical periods. Milan has a red cross on a white field. Florence has an iris. Rome has the she-wolf, and Turin has a bull. According to tradition, if you put your right heel on the bull's privates and spin three times, it's said to bring good luck. After many years of tourists spinning around, the bull's privates are totally worn away. It now replaced by a cone shaped hole.

Galleria Vittorio Emanuele II is the place to be if you want to go on a shopping spree. It is where you can find some of the finest up-scale stores, such as Gucci , Prada, Vuitton, and Swarovski. They also have top notch cafeterias and restaurants that are quite popular. Be sure to take the time to dine in one of them between shopping.

TIP: Savini is deemed as the most famous and prestigious restaurant in the galleria, established since the year 1867. Do not leave Milan if you have not gone to Galleria Vittorio Emanuele II and have not tasted the specialty of Savini.