Villa Jovis has a lot of historical significance, it is nestled on the peak of the hill, with sweeping views of the sea and over the island.

In addition to Marina Piccola (the little harbour), Belvedere of Tragara and Grotta Azzurra (Blue Grotto), the island of Capri has a lot more to offer. Locals and tourists alike should visit the ruins of the Imperial Roman villas and should not miss Villa Jovis. It is one of the best preserved villas of the Roman emperors. Villa Jovis Capri translates to ‘Villa of Jupiter in Capri’ in English. It was built by Emperor Tiberius in AD 27. Today, excursionists may witness the remarkable and elegant design of the villa through guided tours. 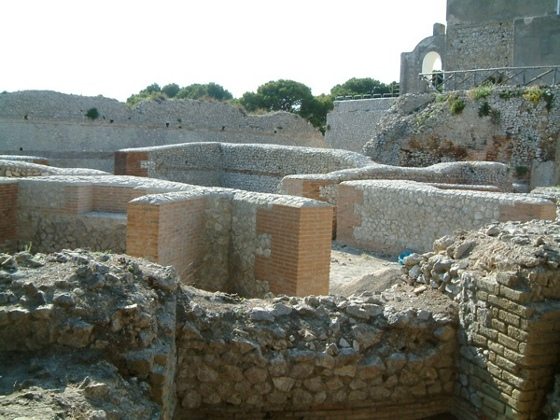 Villa Jovis is the largest of all twelve Capri imperial villas. It takes pride of its ruined yet still gorgeous architecture and picturesque scenery. It overlooks the entire Gulf of Naples, the Amalfi Coastline, as well as the Sorrento Peninsula. The entire complex is around 1.7 acres or 7000 square meters of gardens, woods, and steep and rocky paths.

The recommended activities in this historic site are walking and picture taking. However, because of the uneven nature of Monte Tiberio (Mount Tiberius) where this villa peacefully lies, safety should always be every tourist’s main priority. Although it is daunting to trek the steep and rocky paths of this villa just to rich the summit of the mountain, walking becomes a ‘joy ride’ because the place is not only pleasing to the eyes but also to the sense of smell. Especially when visiting this place during spring and summer, travelers will surely enjoy the smell of aromatic herbs and fruit flowers such as jasmine and femminiello (lemons of Capri).

Villa Jovis does not only offer breathtaking view of the untamed nature; it also boasts of its rich history that revolves around the life of Emperor Tiberius. Upon reaching the top of the mountain, the right side features a gated terrace and is called the ‘Tiberius’ Leap’. According to local legend, guests and servants who are ‘disobedient and undesired’ were hurled over the cliff and tossed into the sea by the emperor. What’s even worse is that if these people survive the terrible fall, emperor’s men (a group of sailors) in the water would beat any survivor to death with the use of hard sticks. 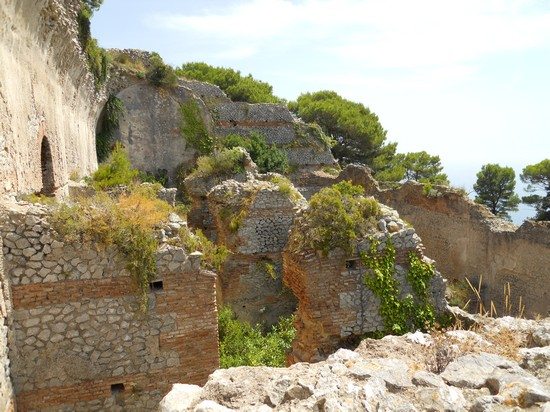 During the 17th century, under the rule of Carl of Bourbon, Villa Jovis was rediscovered. The only issue is during the Bourbon Dynasty, destructive excavations were made. It caused major damage to the original marble flooring and other interior. Thankfully, in 1932 and later years, restorations were carried out.

Today, Villa Jovis is available for tours from 9 AM to 1 PM with an entrance fee of Euro 2. For visitors coming from European Economic Community (EEC) countries such as France, Belgium and Netherlands who are between the ages of 18 and 25, they are only required to pay half the price.

Although Tiberius’ legacy has its dark side, the fact remains that Villa Jovis is among his greatest accomplishments. The feeling of amazement when visiting this place makes this villa one of the most popular tourist destinations in Capri.

Are you a history buff who plans of travelling to Capri? Then, do not forget to include Villa Jovis in your must-visit list.