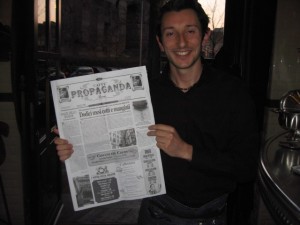 A trendy restaurant in this moment is Caffé Propaganda Rome near the Colosseum. When I came in I sat at the bar for about 30 minutes and what I noticed was the staff prepares the cocktails with only fresh ingredients and really put passion and love into the work they were doing! It seems like almost every single cocktail gets tasted before served to the client. Some of the drinks even had fresh flowers on top of them. I asked if they would also do the typical roman aperitif with h'orderves and the answer is no. Only drinks and cocktails but if you wish you can have your food at the bar as well instead of sitting at the table.

Caffe Propaganda near the Colosseum 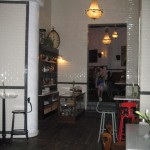 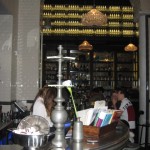 The inside is trendy and you wouldn’t call it your “typical Italian restaurant”. The cuisine is a little bit of everything. They have delicious hamburgers and also offer smoothies. Some dishes are French, others Italian like for example the “3 artichokes antipasti” which is a typical Roman dish of three artichokes prepared in a different way. The crowd is mainly Italian even though I did notice a couple of tables with some foreigners.  I would say that the average age on that Thursday night would have been 30…no families with kids. The waiters are friendly but I did ask for another table because I don’t like sitting where all the people pass continuously. They didn’t give it to us even though they still had free tables elsewhere… 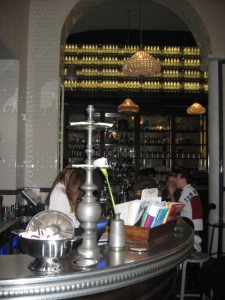 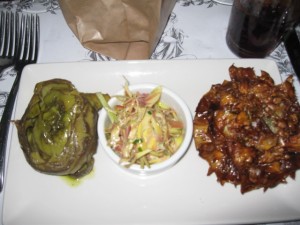