Places to stay in Rome

Hotels near Piazza del Popolo in Rome are very comfortable because you're right in the city center!

Rome offers a wide choice of where to spend your nights at and it doesn’t necessarily only have to be a hotel! We’ll start off with a lovely apartment called

The friendly owners of this apartment are Christine and Valerio which both speak English. The apartment which fits 4 people, is situated in the heart of Rome, Piazza del Popolo. From Piazza del Popolo it’ll be possible to live in the heart of Roman history, plus in a few minutes you’ll be able to reach the most well-known and fascinating streets. Albrizio Guest House offers modern and comfortable furnishings of each type that will make your stay even more memorable!

Should you be looking for a hotel with family atmosphere and has economical prices then sleep over at Okapi Rooms - Via Della Penna 57 - 00186 Rome. Okapi Rooms is situated right in the historical center of Rome, a frog leap away from Piazza del Popolo. Okapi rooms occupy an entire building of the 19th century which is located in a little side street off of Via della Ripetta, the street which lies left looking at the twin churches.

The new concept is called bed and breakfast! Your host offers you a room and
breakfast! B&B Corso22 - Via Del Corso, 22 - 00186 Rome uses this concept but in a very elegant and refined way. All rooms are finely furnished and each room has its own private bathroom. Via del Corso is the central shopping street that takes you all the way down to Piazza Venezia.

If you're looking for a hotel which offers a new concept and design, then Irooms Ripetta – Via di Ripetta, 7 – 00186 Rome is the right choice for you.

A guest house of 6 rooms near Piazza del Popolo decorated in a completely innovative way regarding style and taste. The owner of irooms expresses himself through the furnishing of the rooms and bathrooms. An outer space experience!

irooms guest house in via ripetta 7 in rome

Residenza la Ripetta is one of Rome’s most famous former convents, a stunning 17th century structure which has been changed into a hotel. The inside courtyard which is a lovely garden is an oasis free of disturbances. Enjoy a snack or coffee at Café di Ripetta before going to your room! 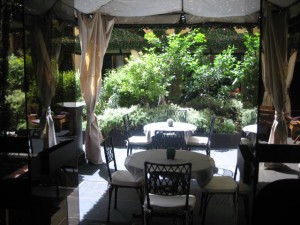 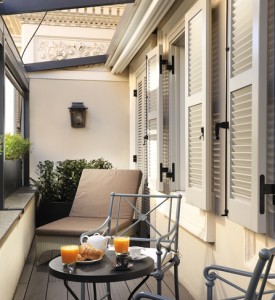 The location is absolutely perfect, in close proximity to Piazza del Popolo, amazing shopping, famous restaurants and many other major attractions. An exceptional hotel for exceptional people and a 5 star service 24 hours a day! 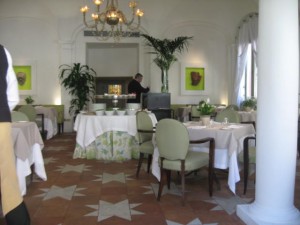