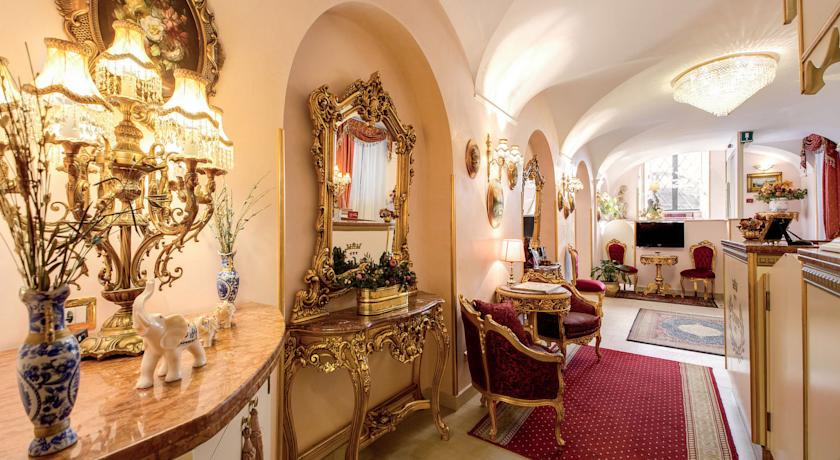 This beautiful Hotel is in the immediate vicinity are some of the most awe-inspiring ruins and landmarks of ancient Rome - the Colosseum, the Imperial Roman Forums, the Baths of Caracalla - as well as some of its most beautiful and popular open spaces - Giardino degli Aranci, Villa Celimontana and the Colle Oppio.

The owner, Mrs. Branco loves her job and you can really see it with all the minimum details she has put in her work! The deco is simply charming, antique and tastful...the atmosphere is friendly.…a hidden gem in Rome. The metro is just a few minutes away and so you can easily get around to the other attractions.

Hotel Romance Rome has 13 rooms divided into single, double, triple rooms or a suite. This elegant 3 star accommodation was opened in the summer of 2010. Of course room rates change according to season. Rooms start from euro 80 for a double room. All prices include tax and breakfast.

Hotel Romance has a free wi-fi connection available to all guests. They also have a dedicated internet point for people who wish to get online but don't have a computer. The access from the internet point is also free of charge. Between their highly trained and experienced staff Hotel Romance has English, German, Spanish and Italian speaking staff.

Have a look at some of the rooms...don't you wish you'd already be there?!